Facebook Twitter Google+ LinkedIn StumbleUpon Tumblr Pinterest Reddit VKontakte Odnoklassniki Pocket WhatsApp Telegram Viber Share via Email Print
Spread the love
A young man has come out openly on popular micro blogging platform, Twitter to boldly say that he will rape Simi’s daughter when she turns eighteen years old.
The fellow identified as Wisdom Obi Peter took to his Twitter handle @wisdompeterm to give a contrary message rather than the usual congratulatory message rolling in.
A popular Twitter influencer Pamilerin popularly known as Uncle Pam Pam has however taken the case up to report the rape activist. He called on individuals who have any idea on where he lives to send it to him so it can be used as clues to pick him up.
This is really not a good news to hear now knowing how rampant the issue of rape has been these past few days following the rape of Uwa and many other ladies.
Adekunle Gold expressed this fear and asked for the help of God to be able to protect his daughter from promiscuity. 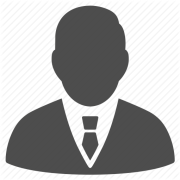 4 Simple Ways To Sell Anything On Social Media

Africa Is Experiencing a Crypto Renaissance

14 Years Old Has Been Defiled by A popular Actor

Olu is a house boy